Santander is without doubt the most beautiful coastal city of northern Spain. Specially El Sardinero, an area of the city where basically all the beaches are. It is been a touristic destination among Spaniards since the 19th century and now tourists from basically everywhere come to see and enjoy one of the most beautiful bays you can find in the old world.

Santander city in the middle of summer is full of life and things to do but is not crowded like very touristic spanish cities like Barcelona or Madrid.

Santander is for me the prefered location to start touring northern Spain. That is because its location: from Santander to the east you reach the interesting city of Bilbao in just one hour of highway driving; and to the west you reach different areas of the Picos de Europa Mountains, the awesome Liebana valley and many charming small villages like Santillana del Mar, Comillas or San Vicente de la Barquera. Also to the west and not far is Asturias, and endless territory of rivers, lush meadows, mountainous peaks and many beaches along its pristine northern coast.

Santander enjoy good flight conexions with many european cities and the airport is very close to the city centre. 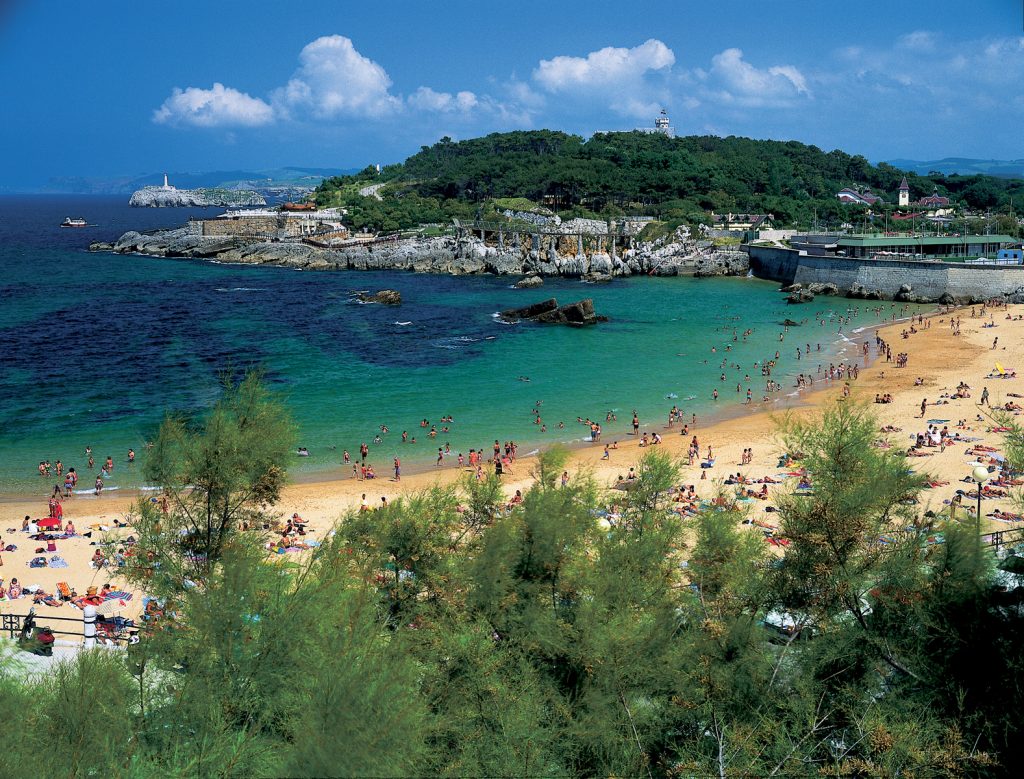 Official page of Tourism in Santander